I've a problem with white-space handling in Oxygen XML Author. If you have this XML (Snippet, of course): 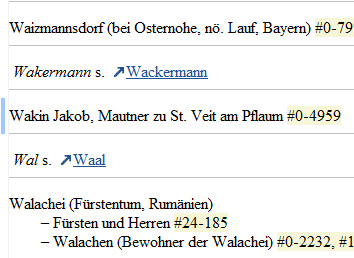 Note, that there is a unintended white-space before the italic text at the beginning of each "Stufe0" tag (tag "Kursivtext" in the xml).

Do you habe a hint, how I could fix it? With

in CSS on "Stufe0" the leading whitespace disappears - but many others problems come up (unintended line breaks etc.).

Thx for every help!
Stefan
Top

From what I understand that extra space remains from the indent inside Inhalt:

Inhalt is mixed (both child elements and text content). It's probably also declared inside the schema as being mixed. Because it's being seen as mixed, that starting indent is considered important and it is normalized instead of being removed altogether. If you use the Pretty Print action from text page on this XML, you will notice that Oxygen doesn't insert an indent inside Inhalt, just because of this reason:

What I'm trying to say is that the indent should not be there in the first place. If you create from scratch an Inhalt element inside Author mode and save, I expect that Inhalt element not to be indented.

Nevertheless, if you already have these indents and want to ignore them, then my suggestion is the same as what you already did, to add -oxy-trim-when-ws-only on Inhalt. Could you show me an example when these setting does bad things? You said something about line breaks. Maybe you could set pre-line on those elements?